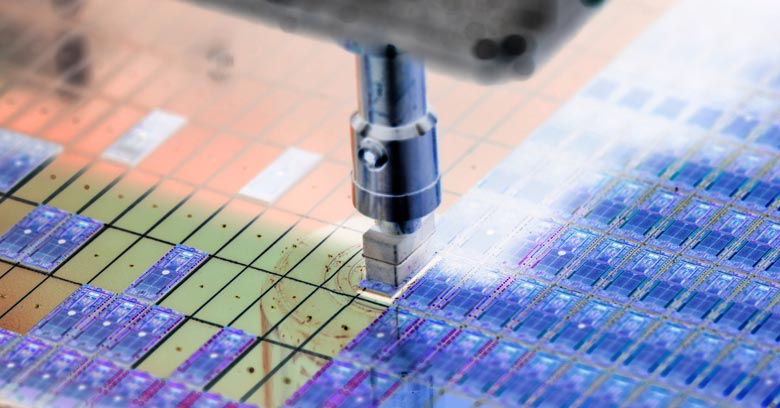 The Malaysian electronics manufacturing industry began in the 1970s with simple components and semiconductor parts assembly. Throughout the years, the industry matured to complete assembly of computer equipment, TV, electric vehicles, and smart electronics.

Malaysia is ambitious in moving the sector further in the value chain to create advanced autonomous units such as autonomous vehicles, robots, and intelligent machines. In this article, we review Malaysia’s electronics industry, where you can find most suppliers, what electronics products that are produced, the benefits of choosing Malaysia, and more.

Where are electronics produced in Malaysia?

The state has the most manufacturing facilities in Malaysia. These facilities focus on the production of integrated circuits (IC), packaging, design, and semiconductor manufacturing, both backend and frontend. Furthermore, the state is also the central location in Malaysia for EMS.

The state that has the second-most manufacturing facilities in Malaysia. Like Penang, Selangor is strong in IC packaging, design, and semiconductor manufacturing. However, Selangor also has facilities for producing consumer and industrial electronics.

The state that has the third-most manufacturing facilities in Malaysia. Johor focuses mainly on EMS, but the state also has facilities for backend semiconductor manufacturing and a facility of Panasonic for consumer and industrial electronics.

What electronics products are manufactured in Malaysia?

Semiconductor manufacturing is also the most important of Malaysia’s electronics manufacturing sector, with much production capacity spread across the country, primarily concentrated in Penang, Johor, and Selangor.

As the US introduced a ban on the imports and exports on semiconductors from China, Malaysia is poised to benefit as manufacturers move to other countries to comply with US regulations. Yet, the transition period is anticipated to be slow in the first years.

Malaysia’s largest EMS manufacturers, such as VS Industry and SKP Resources, are particularly active in this sector. With the easing of global supply chain disruptions, these companies achieved strong sales growth in 2022. Nevertheless, the post-2022 period will be more challenging as demands for consumer electronics can slow or decline altogether.

Benefits of Sourcing Electronics in Malaysia

Malaysia offers companies with long experience in the sector, good infrastructure, a skilled workforce, governmental incentives, and other benefits.

As the electronics manufacturing field is highly technical, the rate of science, technology, engineering, and mathematics (STEM) education attainment is also vital. In this metric, data from UNESCO shows that Malaysia ranks first in Southeast Asia, with 38.9% of graduates in 2020.

In port capacity, Malaysia is behind only Singapore in Southeast Asia and ahead of neighbors such as Thailand, Vietnam, and Indonesia. The country’s Port Klang and Port Tanjung Pelepas are among the top 20 busiest ports in the world, according to data from World Shipping Council.

In addition to port capacity, Malaysia has a denser road network than Thailand and Vietnam. The country is about twice that of Vietnam and 70% more than Thailand in terms of road coverage per inhabitant. Malaysia’s robust port and road capacity enables the country to move goods from factories to export ports quickly.

Malaysia is in the Strait of Malacca, the busiest shipping lane in the world. Furthermore, the country also lies in the center of Southeast Asia, with easy access to the region’s economic centers, such as Jakarta, Singapore, Ho Chi Minh City, Manila, and Bangkok.

Malaysia is also within a six-hour flight time to India and China. Overall, sourcing from Malaysia enables close access to the largest markets for electronic products in the economic centers of the Indo-Pacific, the engine of global economic growth.

As an individual country and a part of the ASEAN Free Trade Area, Malaysia has signed and ratified 16 free trade agreements (FTA). Apart from Chile and Turkey, Malaysia’s FTAs are primarily within the Indo-Pacific region, with countries such as China, India, Japan, and South Korea.

Though active in regional FTAs, Malaysia has not entered any free trade agreement with the European Union (EU). Though the EU and Malaysia have conducted several negotiations since 2010, the effort stalled after the seventh round in 2012.

Despite the absence of an FTA, the EU is still Malaysia’s fifth largest trading partner, with an estimated trading volume of US$42.9 billion in 2020.

To attract new investments, especially in the high-tech manufacturing sector, the Malaysian Government has instituted a generous package of incentives. The package includes tax exemptions of up to 100% of the statutory income and qualifying capital expenditure for 10 years.

Challenges of Sourcing Electronics in Malaysia

Despite the many advantages, Malaysia has a more expansive and smaller labor force and a continued dependence on China for components and raw materials.

Malaysia’s average wage is comparable to that of China and higher than many of its Southeast Asian neighbors. For instance, the average salaries in Vietnam and the Philippines are only one-third of Malaysia’s. At the same time, Indonesia’s labor cost is only one-fifth.

Furthermore, Malaysia’s small population of 33.6 million in 2021 means the country’s labor pool is limited compared with China and many of its neighbors. For example, the labor force of Malaysia is only about 40% of that of Thailand and 30% of Vietnam.

Reliance on china for electrical and electronic sub-components

Despite being a major exporter of electronics, Malaysia still relies heavily on China for raw materials and sub-components. This type of product is Malaysia’s most significant import from China. Malaysia has been unable to address the issue. In the first seven months of 2022 alone, Malaysia’s imports from China grew by 19.8%, while exports only increased by 13.2%, indicating a growing trade deficit.

Malaysian EMS manufacturers are sought after because of their long experience. The companies also offer a wide range of services from design to distribution and a developed network of partnerships with the most prominent global companies.

Let’s review some of the most prominent companies.

Founded in 1982, VS is the leading EMS provider in Southeast Asia and is the largest in Malaysia in terms of revenue. The company’s headquarter is in the state of Johor. However, the company also has manufacturing facilities in China, Indonesia, and Vietnam. In total, the company has about 12,000 employees across four countries.

VS is moving toward vertical integration, as it can now offer full service to customers, including mould design to supply chain management. VS has a customer base of prominent global companies, such as Toshiba, Sharp, Sony, and Dyson. The enterprise’s range of products encompasses many industries, including audio, telecommunication, automotive, and many others.

Founded in 1972, ATA IMS ranks as the world’s 23rd-largest and Malaysia’s second-largest EMS provider in terms of revenue. The company’s headquarter is also in the state of Johor, along with various manufacturing, retailing, and designing facilities in Malaysia and India.

Similar to VS, ATA IMS is also moving toward vertical integration with a full range of services from product design to supply chain management. ATA IMS’ range of products focuses mainly on consumer electronics, medical devices, and LED lighting solutions.

Founded in 1974, SKP has grown from a humble facility in Johor Bahru to a major EMS provider with about 2,500 employees. Now, SKP ranks as Malaysia’s third-largest EMS provider based on revenue. The company’s headquarter is also in Johor, but unlike VS and ATA IMS, SKP does not have operations overseas, and all of the company’s facilities are in Malaysia.

Like the other two companies, SKP offers a wide range of services, from product design to mould design to supply chain management. SKP’s products include IT, audio/visual, medical, and computer peripherals. The company’s clientele comprises prominent customers such as Fujitsu, Dyson, Panasonic, Sony, and Sharp.

The electronics manufacturing sector remains a prominent part of the Malaysian economy and an essential component of the global supply chain. With a highly qualified workforce, adequate infrastructure, strategic location, conducive incentives from the Government, and experienced EMS providers, Malaysia will maintain its status as a global hub for EMS.

As electronics manufacturers depart China due to rising US-China tension, Malaysia, with its advantages in experience, workforce, infrastructure, location, and incentives, will benefit. Nevertheless, Kuala Lumpur’s continued trade dependence on Beijing and high labor costs can prevent the country from fully taking advantage of this development.

As the electronics industry is undergoing tremendous technological changes, Malaysia’s ambition to advance in the supply chain will require innovation from the Government and its leading EMS providers.