Sourcing & Manufacturing in Malaysia: An Introduction 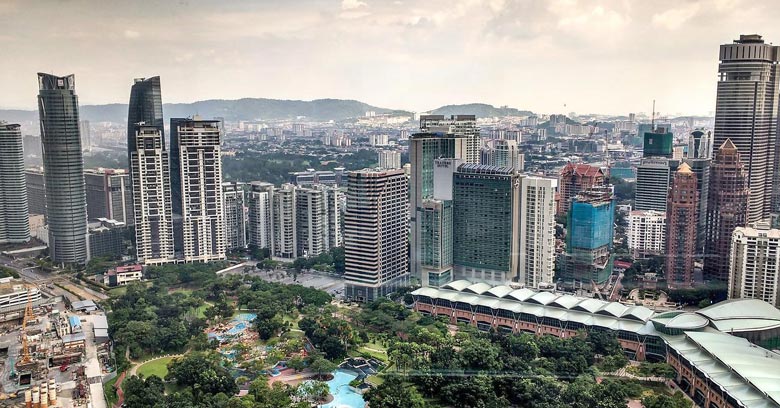 Since its independence in 1963, Malaysia has been one of Southeast Asia’s best-performing economies. In the 1970s, it shifted from primarily relying on agriculture and mining to becoming a manufacturing nation.

Today, it’s developed by Southeast Asian standards and receives less attention than neighboring countries when discussing manufacturing and relocation opportunities. This is something you will understand in greater detail in this article, and the underlying reasons.

This article will give you a clear overview of both the benefits and disadvantages of manufacturing in Malaysia. We also review what products are produced in Malaysia, and the most interesting cities and regions for manufacturing. Finally, Malaysia’s free trade agreements will be covered.

Benefits of Manufacturing in Malaysia

Malaysia is ranked third in Southeast Asia when it comes to English proficiency. Only Singapore and the Philippines rank higher, according to EF Education First – an international educational institution. It’s estimated that around 50% of the Malaysian population is literate in English, especially among the younger population and urban citizens.

The workforce is not only skilled by Southeast Asian standards but global standards. According to the World Economic Forum, Malaysia ranked in the top 10 from 2017 to 2019, which speaks for itself.

Malaysia is continuously ranked as one of the best countries in terms of ease of doing business, according to reports released annually by the World Economic Forum. In 2020, it ranked 12th globally, only behind Singapore in Southeast Asia.

Over the years, the country has simplified many of its “old-fashioned” legal procedures to support foreign businesses. Local authorities have introduced several projects to simplify manufacturing operations, including e-Manufacturing Licenses (e-ML) to speed up the approval processes.

Other examples include a One-Stop Center to ease the traveling for business travelers and tax exemptions for manufacturing businesses that have invested at least 70 MUSD and over 10 to 15 years.

One of the major perks of investing in Malaysia is the developed infrastructure. There are currently more than 500 industrial parks and zones present, well-connected by a road network of more than 140,000 km, covering both Peninsular (West) Malaysia and East Malaysia.

Apart from road infrastructure, the country also enjoys a comprehensive air and sea transport network, with 60+ airports (6 international ones) and 7 key seaports. Among the 7 key seaports, Port Klang and Port of Tanjung Pelepas are the top 20 busiest seaports globally.

In addition to its physical infrastructure, the digital infrastructure is of equal importance. This is an area where Malaysia excels, having a wide nationwide coverage of mobile connectivity.

Malaysia shares borders with Singapore, Thailand, and Indonesia and much of the region’s maritime transports pass through the area. Thanks to its location, you can reach other major Southeast Asian cities in less than 4 hours by flight, and major cities in East Asia in less than 8 hours.

The Strait of Malacca is known as the key shipping channel between the Indian and Pacific oceans and one of the most important shipping lanes in the world.

The three longstanding economic pillars of Malaysia’s manufacturing sector are Electrical and Electronics (E&E), Machinery and Equipment (M&E), and Chemicals.

What are the disadvantages?

Despite the higher wages, it’s worth mentioning that the country has higher productivity than most of its neighboring peers.

Given the small population (~33 million), Malaysia has a limited labor pool compared to other neighboring countries. The total labor force was roughly 16 million in 2020, approximately 40% of that for Thailand and the Philippines, and 30% of Vietnam’s.

Moreover, the reliance on migrant labor has also been challenging, especially during the pandemic period, when travel restrictions were introduced. The Department of Statistics Malaysia reported that more than a third of the workforce was foreigners in 2020.

What products are manufactured in Malaysia?

Over the last decades, E&E has been the largest single contributor to the manufacturing sector of Malaysia, accounting for 34.4% of the total manufacturing output in terms of value in 2021.

This includes a wide range of products, which can be classified into four main categories:

Although M&E products only account for 4% (11.6 billion USD) of total exports in terms of value, 85% of small and medium enterprises (SME) manufacture the products. Products in M&E are grouped into four major categories:

The broad connections with major markets in Asia, especially the Middle East, also affect the exports.

Despite its relatively small population and land area, manufacturing and processing industries can be found in different parts of the country. Let’s review the most important ones.

Selangor is the richest state in Malaysia and contributes the most to the GDP. Despite the impact of the COVID-19 pandemic, the state received roughly 9 billion USD in direct investment in 2020. Nearly 50% of that was for the manufacturing industry.

Selangor also has a developed infrastructure system, with the air, sea, road, and rail networks connecting to other domestic regions. Its proximity to Kuala Lumpur – the capital, is also an advantage.

Located on the northwest coast of Peninsular Malaysia, Penang is known as one of the most urbanized among the 13 states. Also known as the “Silicon Valley of the East”, manufacturing and services contribute to more than 90% of the state’s GDP.

Manufacturing is regarded as the backbone of the region, with a key focus on products such as electronics, machinery, and transport equipment.

The total export value of Penang has been growing constantly at an annual rate of 11% from 2014 to 2020, accounting for about one-third of the country’s total export value. Penang itself was estimated to command 5% global semiconductor export in 2019.

Manufacturing is the second-largest contributor to Johor’s GDP, which accounts for around 30% of the state’s GDP.

In 2021, there were 134 approved manufacturing projects in Johor, out of 702 for the whole country. This was the second-highest number of approved projects and just behind Selangor.

The state features E&E and Petrochemical as the major manufacturing industries.

ASEAN currently has the following FTAs that are in effect:

The Regional Comprehensive Economic Partnership (RCEP) is another trade agreement signed between 10 ASEAN countries and:

With the country’s strategic location, business-friendly environment, well-developed infrastructure, and skillful workforce, Malaysia has been strengthening its position as the manufacturing hub, not just in the region, but also globally.

The country stands as an attractive destination for global corporations to place their manufacturing/sourcing sites, amidst the impact of the pandemic in the last three years, as well as the trade tension among other countries, such as the US, China, India, Russia.

E&E, M&E, and chemical products remain as the main categories, while medical device and aerospace are seen as the rising stars, which offers huge potential for the country.

Lastly, the settlement of the country into 5 economic corridors has enabled each of those regions to levy on their strengths, such as natural resource reserves, favorable location, governing bodies, and track record of the economic tradition.