The COVID-19 pandemic has increased consumers’ health consciousness globally, which has also greatly benefited the alternative protein market. Southeast Asia is no exception as the region recorded a great number of new companies entering the market to grasp market shares in this growing industry. 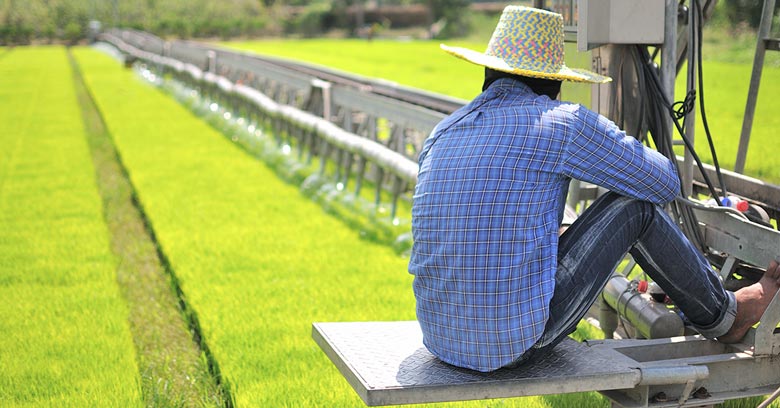 Almost two years of the pandemic has created a lot of changes in food consumption behaviours globally, including in Southeast Asia. A great number of consumers are now replacing red meat and sugar with vegetables, fruits, and healthy snacks in their diets, while also purposedly spending more money on foods that they perceive are good for their bodies and health. Southeast Asia’s consumer food spending, in general, is expected to skyrocket in the next decade. According to a study by PwC, Rabobank, and Temasek, consumer-driven growth in food spending in Southeast Asia will reach 1.1 trillion USD in 2030, an 83% increase compared to 2019, a growth rate that would outpace even China’s.

These shifts have fueled the growth momentum of alternative proteins across the region. It has been extremely noticeable that despite the higher price for alternative protein products, consumers are willing to spend the extra money because of the health benefits. Moreover, a recent report by Boston Consulting Group and Blue Horizon Corporation indicates that although alternative proteins account for only 2% of the world protein market in 2020, it is predicted to reach 12% by 2035. 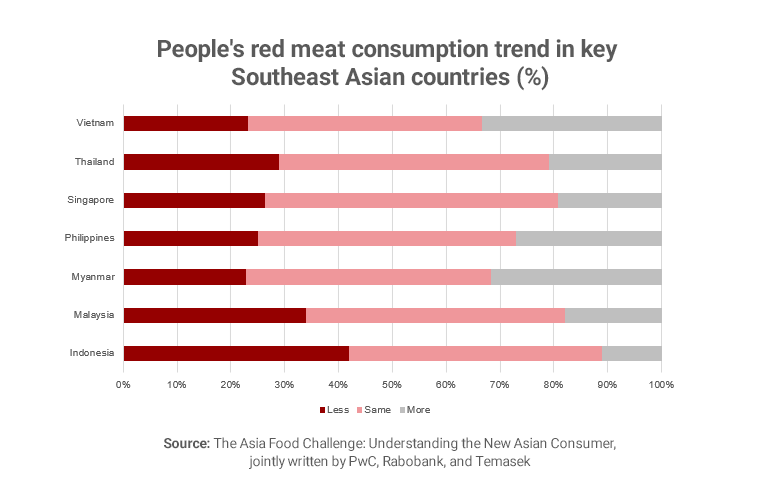 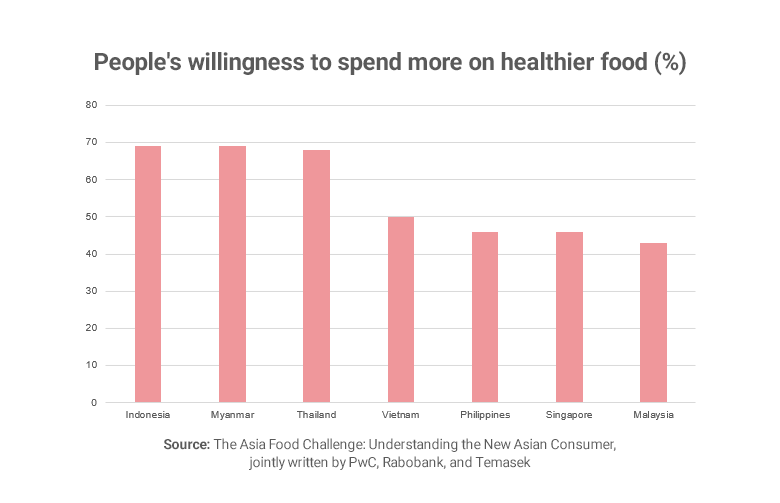 Furthermore, due to an increased fear of a connection between the consumption of animal products and communicable diseases, people are now actively trying to find alternative protein sources such as plant-based meat, cultivated meat, and fermented food. This has also been enhanced by the increased availability of plant-based meats and improvements in the taste and texture of alternative protein alternatives in the region.

Plant-based alternatives such as soy-based mock meat, tofu, and tempeh have already been around for a long time in the local cuisine. It is believed that the familiarity with plant-based meat substitutes will accelerate the industry’s adoption and development in Southeast Asia much quicker than in many other regions around the world. Southeast Asian market size of plant-based meat is expected to increase by 25% to 1.7 billion USD by 2025, driven by consumers’ increased awareness of the importance of healthier options and sustainability.

The increase in demand for plant-based meats among consumers is the primary contributor to the growing number of start-ups and legacy brands developing their range of plant-based meats across the region. In Thailand, for instance, the plant-based meat company, Let’s Plant Meat, developed its soy-based patty in just 12 months, which they now sell on the market for half the price of Beyond Meat, a leading western plant-based meat brand. Another example is the Malaysian-based Phuture Daging, which sells minced meat made of soy, rice, peas, and chickpea protein in Singapore and Malaysia.

Of all Southeast Asian countries, Singapore emerges as the leading nation in facilitating the development and expansion of alternative proteins. The Singapore government has a 100-billion-USD plan to prepare for the effects of the climate crisis, which also includes the goal of producing 30% of Singapore’s own nutritional needs by 2030 to reduce the country’s overreliance on imported foods (currently 90%). This has resulted in a great number of homegrown Singapore start-ups venturing into this lucrative field; from NextGen Food’s Tindle brand of plant-based chicken to Karana’s jackfruit replacement meats. The country has also attracted numerous international brands and organizations looking to establish their presence in Asia, with Singapore as their home base.

Moving forward, there will be significant opportunities for all players in the plant-based protein field in Southeast Asia. Companies will need to carefully consider consumers’ rapidly changing preferences to optimize their product portfolio, with new product development focusing on serving consumer needs over product attributes. Many experts also believe that capability-driven M&As or partnerships may increase in the coming years as it will allow businesses to satisfy changing preferences by repositioning themselves through acquiring new skills and venturing into untapped markets.

Read more about our consumer products experience or our other consulting services.