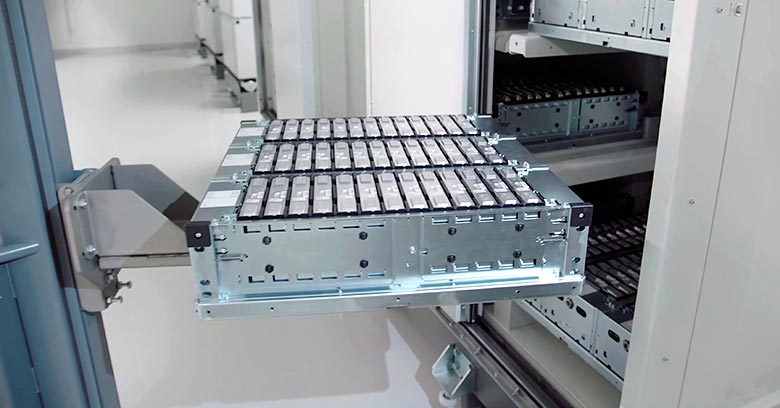 Increasingly more companies target the Vietnamese supply market, which is a result of global supply chain disruptions and increasing wages in China. Its favorable FTAs and developing manufacturing capacity are additional reasons for the shift.

Machinery and related equipment are some of the most exported products from Vietnam. Despite not contributing much as the electronics manufacturing industry, exports accounted for more than 11% of the total export turnover in 2021.

Over the years, Vietnam has seen several significant milestones along its development pathway in the machinery manufacturing industry. It started in 1986 when the government decided to reform and open the economy, putting modernization and industrialization as the key focus.

The normalization of the diplomatic relation with the US in the 90s allowed Vietnam to access one of its most important trading partners nowadays. The participation in the World Trade Organization (WTO) in 2007 gave the country even wider access to the international trade market.

Some key sub-categories that contribute significantly to the machinery export of Vietnam are apparatus used for wired telephone, electrical transformers, electrical monitors, electric batteries, and more.

Apart from assembly operations, Vietnam has also been strengthening its capability in research and development and has now mastered the core technique of modern machinery production. An example is the production of the first-ever “Made in Vietnam” 500kV-450MVA transformer in 2011.

This brought Vietnam into the list of a few countries globally that was capable to produce such a product. 8 years later, the three-phase 500kV-467MVA transformer was manufactured successfully in Vietnam, helping the country to minimize its reliance on imported equipment.

What type of machinery and equipment is manufactured in Vietnam?

Most of the machinery is manufactured for electrical products. This includes both finished machines as well as the related equipment. The industry is backed by different types of businesses, including both local Vietnamese and foreign companies, having manufacturing facilities in Vietnam. Let’s review some of the most manufactured products.

Dong Anh Electrical Equipment (EEMC) is a leading company in manufacturing electrical machinery and equipment. Under the R&D projects of the Government, the company successfully manufactured the first-ever one-phase 500kV transformer of Vietnam, and of the Southeast Asia region in 2010.

At that time, only 12 countries in the world were capable to manufacture such products. In 2019, EEMC successfully produced the first three-phase 500kV transformer, which was reported to work stably after 10 months in use.

Although EEMC is the pioneer in manufacturing ultra-high voltage power transformers, several other companies in Vietnam are capable to manufacture lower wattage. Notably, the country also sees the participation of world-class transformer producers, who place their manufacturing facilities in Vietnam. Hitachi ABB Power Grid, with its facility in Hanoi, is one of those.

LiOA is another domestic Vietnamese brand in manufacturing transformers and stabilizers for both industrial and individual usage. With more than 30 years of experience, LiOA’s products have been exported to many countries and regions, including Southeast Asia, and the Middle East.

In addition to LiOA, numerous other domestic companies are capable of either producing their machines or providing OEM(*)/ODM(**) services. Litanda, Robot, and Ruler are other well-known domestic Vietnamese brands in the voltage stabilizer market.

The battery manufacturing industry has been established for a long time in Vietnam. Battery manufacturers are both domestic companies, joint-venture of domestic and foreign corporations, or foreign-invested companies. Both chargeable and non-chargeable batteries are manufactured in large volumes.

With the development of electric vehicles, battery manufacturing has become increasingly more important. Vin Group, the largest private conglomerate in Vietnam, has entered the market with its new subsidiary – Vin ES. The company is specialized in manufacturing batteries, which is part of the production of VinFast – the electric car business line.

As mentioned above, various types of businesses are competing in this segment. PINACO, a State-owned enterprise, is one of the largest manufacturers that supply batteries for both industrial and individual usage.

GSV, a joint venture between GS Yuasa and Mitsubishi Corporation, has a national coverage across Vietnam, with 3 factories in total. GSV’s clients include world-class automobiles, such as Toyota, Honda, Mercedes-Benz, etc.

Examples of global brands that have manufacturing facilities in Vietnam include Heng Li (China) and Sebang (South Korea) which have factories in Dong Nai, as well as Kung Long (Taiwan) with a factory in Long An.

Over the last decade, the US has been the main export market for Vietnamese machinery and equipment. The export turnover has accounted for more than 40%.

Apart from the US, the EU is another important market for the exports of machinery and equipment. The EU accounts for 10% to 15% of the total export turnover. Among all EU countries, The Netherlands, Germany, Poland, and Italy are the key importers.

In addition to the US and EU, other important markets include Japan, South Korea, and China. According to the Ministry of Industry and Trade, all the five markets accounted for more than 50% of the total export turnover from 2016 to 2020.

Machinery and related equipment cover a wide range of products. However, thanks to the introduction of several free trade agreements, most of the products enjoy a favorable tariff scheme when exported.

As soon as the European Union–Vietnam Free Trade Agreement EVFTA came into effect, nearly all machinery and equipment are not subject to import duties. Only a small number of machinery products remains but will soon also have import duties of 0% to the EU. Examples include sound recording or reproducing apparatus, some specific motorcycles, cycles, and related equipment.

Hence, this will be a crucial topic that attracts the importers/exporters once the two countries enter a bilateral trade agreement in the future.

Vietnam is a large producer of machinery and equipment where most products belong to the electrical and electronics industries.

The US is the biggest export market by far, accounting for around 40% of the total export turnover. With that said, the EU becomes increasingly important, because of production relocations from China and Vietnam’s recently signed free trade agreement with the EU.

Worth mentioning is also that even if the US currently only has a bilateral trade agreement with Vietnam, import tariffs are comparatively low and up to 5%. This makes Vietnam a favorable supply market for US companies.

The market is set to develop in the coming years as Vietnam takes on more advanced manufacturing activities. This doesn’t only include more advanced product categories, but the value-add in the supply chain.

For instance, Vietnam has focused much on assembly processes but thanks to domestic production, it will be able to provide services in the up-stream (design and production of sub-parts) and down-stream activities (sales and distribution).