After long talks between Vietnam and the European Union, the finalization of the Free Trade Agreement took place on the 8th of June, as Deputies in the Vietnamese National Assembly took a vote on ratifying the deal. 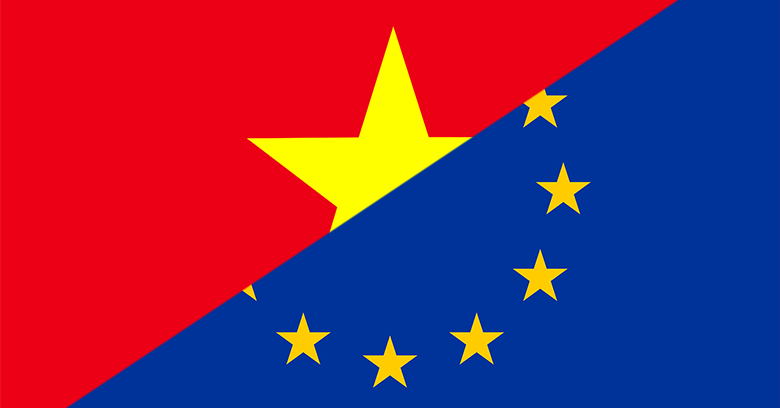 As the EU ratified the agreement in February earlier this year, before the worst part of the pandemic took off, the ratification by the Vietnamese National Assembly was the last step to completing the Free Trade Agreement. Under the agreement, which in total took eight years to negotiate and finalize, both Vietnam and the EU will cut or abolish 99 percent of all tariffs on goods between the two regions. Vietnam will implement the changes over a ten-year period, while the EU has agreed to do it in just seven.

The EU is Vietnam’s second largest export market, only behind the US, with a total export value of roughly $41.5 Billion USD during 2019. As the agreement comes into force, which is expected to happen in July this year, the EU will immediately abolish import tariffs on roughly 85 percent of all tariff lines, accounting for a total of 70 percent of Vietnam’s total exports to the region. Moreover, the agreement will also help to open up Vietnam’s service sector to international customers, such as postal, banking and shipping support.

The Free Trade Agreement is the second deal between an ASEAN country and the EU, as Singapore and the bloc reached and finalized an agreement in 2019. However, the deal is one of few with a developing country. While the Free Trade Agreement contains regulations on intellectual property rights, it will not take effect until Vietnam updates its Law on Intellectual Property.

Following the trend of manufacturing sites switching from China to alternative markets in Southeast Asia, due to both the US-China trade war and COVID-19, the agreement is expected to accelerate this change even more. The World Bank forecasted the Free Trade Agreement to lift Vietnam’s exports by 12 percent until 2030, and therefore boosting the GDP an additional 2.4 percent. This would help the country to lift hundreds of thousands of people out of poverty. The World Bank further claimed that the agreement comes in just the right time to help Vietnam recover fast from the economic impacts caused by the virus pandemic.

Read more about our experience in market entry and expansion or see our other consulting services.