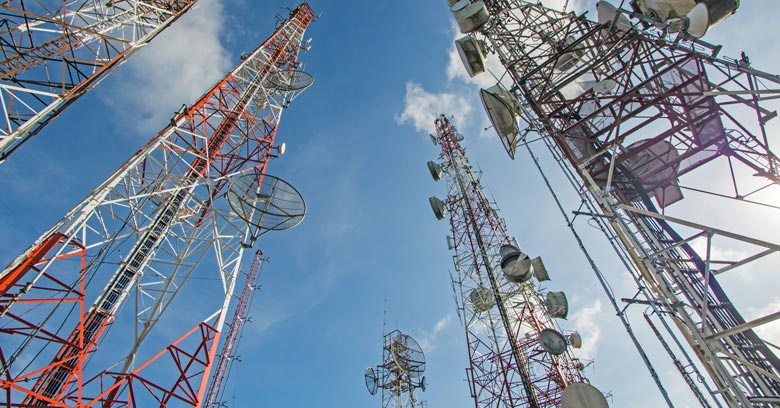 Vietnam is currently one of the biggest exporters of consumer electronics globally, something we reviewed in our separate article. A somewhat overlooked industry is its telecom manufacturing industry, which is one of the biggest globally.

After the reunification in 1975, Vietnam’s telecom industry saw low activity for almost two decades. In the 1990s, under the pressure of economic development, the government decided to carry out several reforms. The sole focus was on the industrialization and modernization of the country.

This was also evidenced by the normalization of relations with the US that we saw in 1995, which helped to spur the country’s growth.

The establishment of several new domestic telecom businesses, like Viettel and Saigon Post, broke the dominance of the Vietnam Post & Telecommunication Group (VNPT). VNPT had a monopoly on the telecommunication market prior to that.

Since the foundation of the industry, Vietnam has been seeing an increasing number of manufacturers of telecom equipment. The products are either made by specialized businesses or by integrated departments of large telecom service providers.

In 2019, the Vietnamese government claimed that the country is now able to produce 70% of telecom all equipment. They also shared a vision to promote telecom equipment manufacturing further, namely by bringing Vietnam to a top 4 position globally.

With that said, Vietnam has quickly emerged as a manufacturing hub for telecom equipment. There are three reasons behind this. First, domestic companies are capable to produce most of the products. Second, Vietnam is one of the pioneers to launch commercial 5G services.

Not to forget, it has developed strong manufacturing capabilities for 5G equipment.

What kind of telecom equipment can be manufactured in Vietnam?

Vietnam manufactures antennas in large numbers, being used by both industrial companies and private consumers. The key driver of the antenna production is the growing demand for cellphones and broadcasting devices, products that are exported in large numbers. The antennas are also used in the automotive industry and consumer electronics.

As the latest generation of telecom cables, fiber optics cables have been widely manufactured by Vietnamese companies for decades. Interestingly, VNPT had the first-ever factory in Southeast Asia to manufacture glass fiber until 2019 – the core component used in the optical communication of FO cables.

Before the establishment of VNPT’s factory in Bac Ninh (Northern Vietnam), glass fiber was imported from developed countries and used for fiber optic cable manufacturing locally.

This marked a milestone as domestic companies can cover upstream activities in the supply chain, having the capability to develop their own components.

Apart from the market leaders who account for much of the telecom equipment production, Vietnam has many private-owned and foreign-invested companies that produced different kinds of cables for decades.

Manufacturing of 5G and 6G Equipment in Vietnam

Vietnam and Singapore are the pioneers in Southeast Asia to launch the trial of the 5G technology.

In 2019, Ericsson and Viettel, which is a state-owned company, collaborated on a project that resulted in the first 5G connection being made in Vietnam.

Capturing the advantage of being a leader in the field, the Vietnamese Government has set out a plan to develop 5G technology domestically. Both in terms of necessary infrastructure and the production of relevant equipment and components.

Viettel and Vin Group, two of the largest companies in Vietnam, have proven their capabilities in manufacturing 5G equipment. With the success of manufacturing 5G terminal equipment, Viettel is now a top 6 company that produces such products globally. The other companies include Ericsson, Huawei, Samsung, Nokia, and ZTE.

By the end of 2021, Viettel reported that they successfully developed transceivers and mastered the design of two chipset lines of 5G technology. The company is working hard to master semiconductor production technology, which will be used as key components for 5G chipset.

Vin Group announced its plan to develop 5G mobile phones and 5G telecom equipment in 2019. However, the conglomerate changed its direction in 2021, by deciding to not continue with smartphone production. Instead, the development project of the base station 5G gNodeB was transferred to Viettel.

Under the agreement of the two companies, Vin Group is now responsible for the development and supply of Radio equipment (RU) 8T8R, Antenna 8T8R, and Massive MIMO 64T64R devices (integrated RU and Antenna).

Import Duties for Telecom Equipment from

Since the effective date of the EU-Vietnam Free Trade Agreement (EVFTA), most telecom equipment (under Chapter 85) is directly eligible for tariff elimination when exported from Vietnam to the EU.

Although Vietnam has not signed a free trade agreement with the US, the countries currently have a bilateral trade agreement. As a result, many telecom products enjoy tariff-free schemes when imported to the US.

Some groups of products such as insulated wires, cables, insulated electric conductors, and connectors for optical fibers still have tariffs of between 2.7% and 5%.

Vietnam is a major producer of telecom equipment and a pioneer in the participation in the development of new technologies. The industry has been active since the mid-90s, and the government invests much money to develop the industry.

Thanks to its low labor costs and favorable free trade agreements, Vietnam has become a top destination to set up telecom equipment manufacturing. Increasingly more companies seek to relocate manufacturing activities to the country, avoiding tariffs from the US-China trade war.

Telecom equipment manufacturing has previously been concentrated and ‘controlled’ by state-owned companies. Now we see increasingly more private-owned and foreign-invested companies that are active in the industry.

If you plan to relocate or set up new telecom equipment manufacturing activities, Vietnam will most likely be one of your first choices.